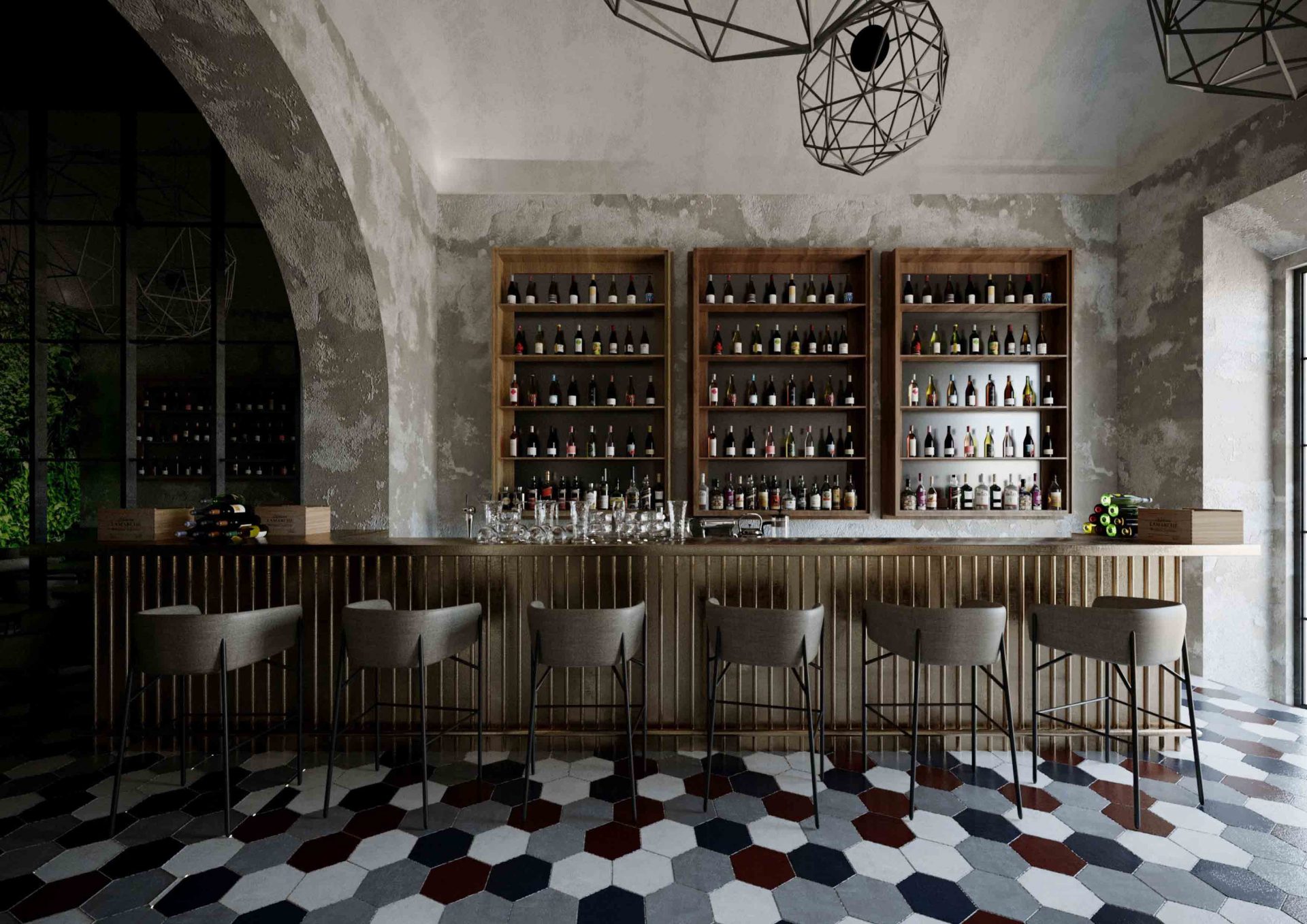 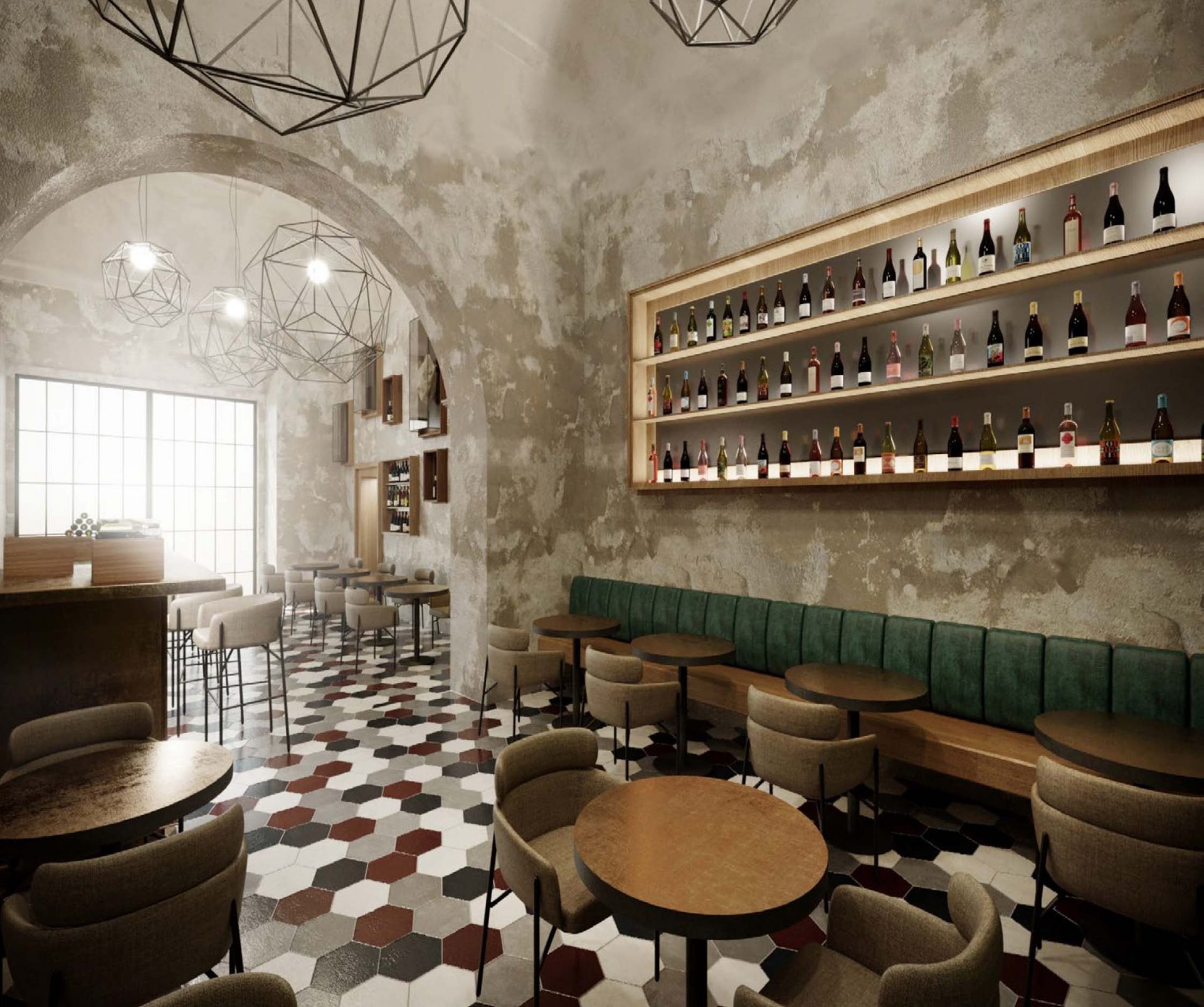 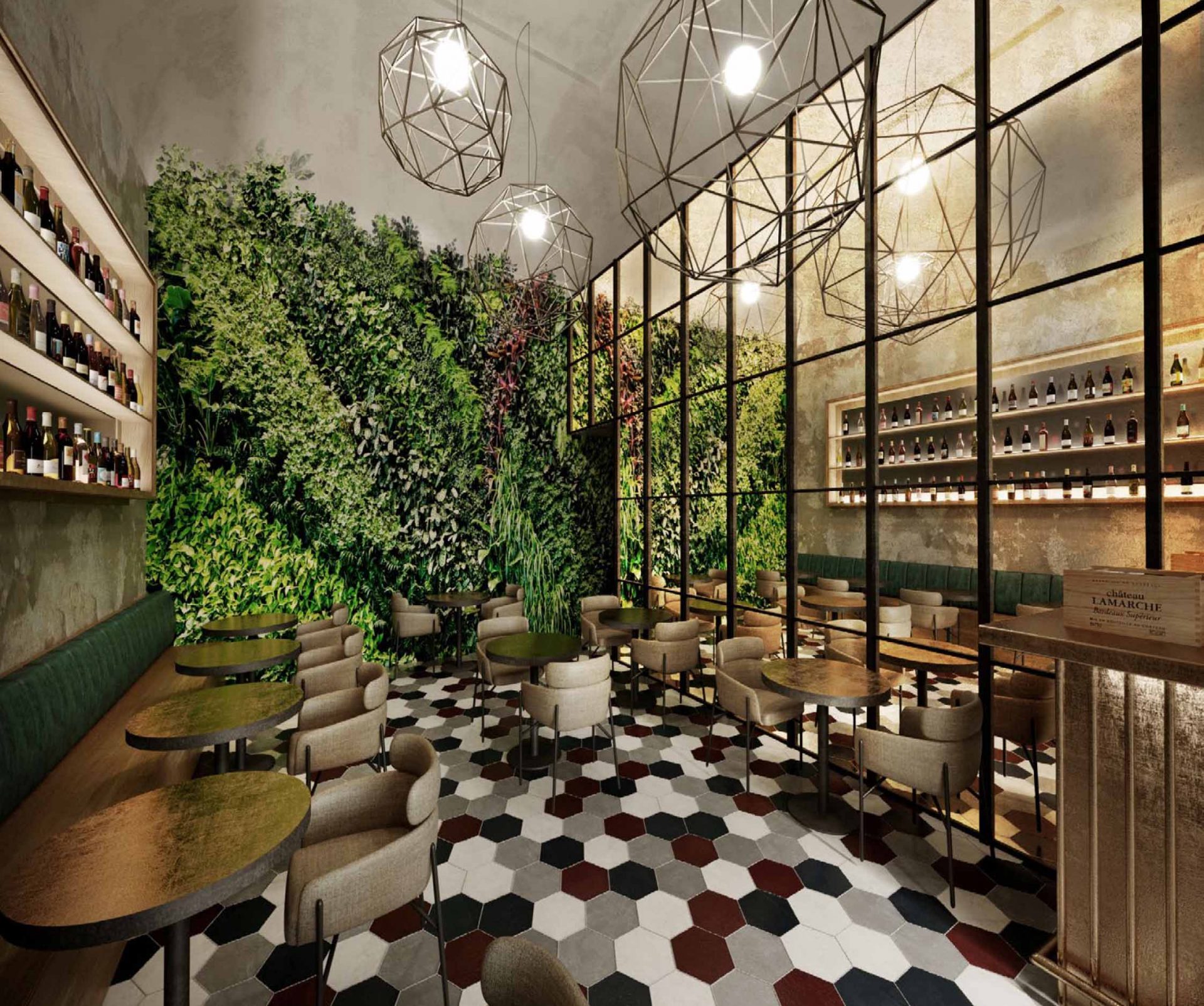 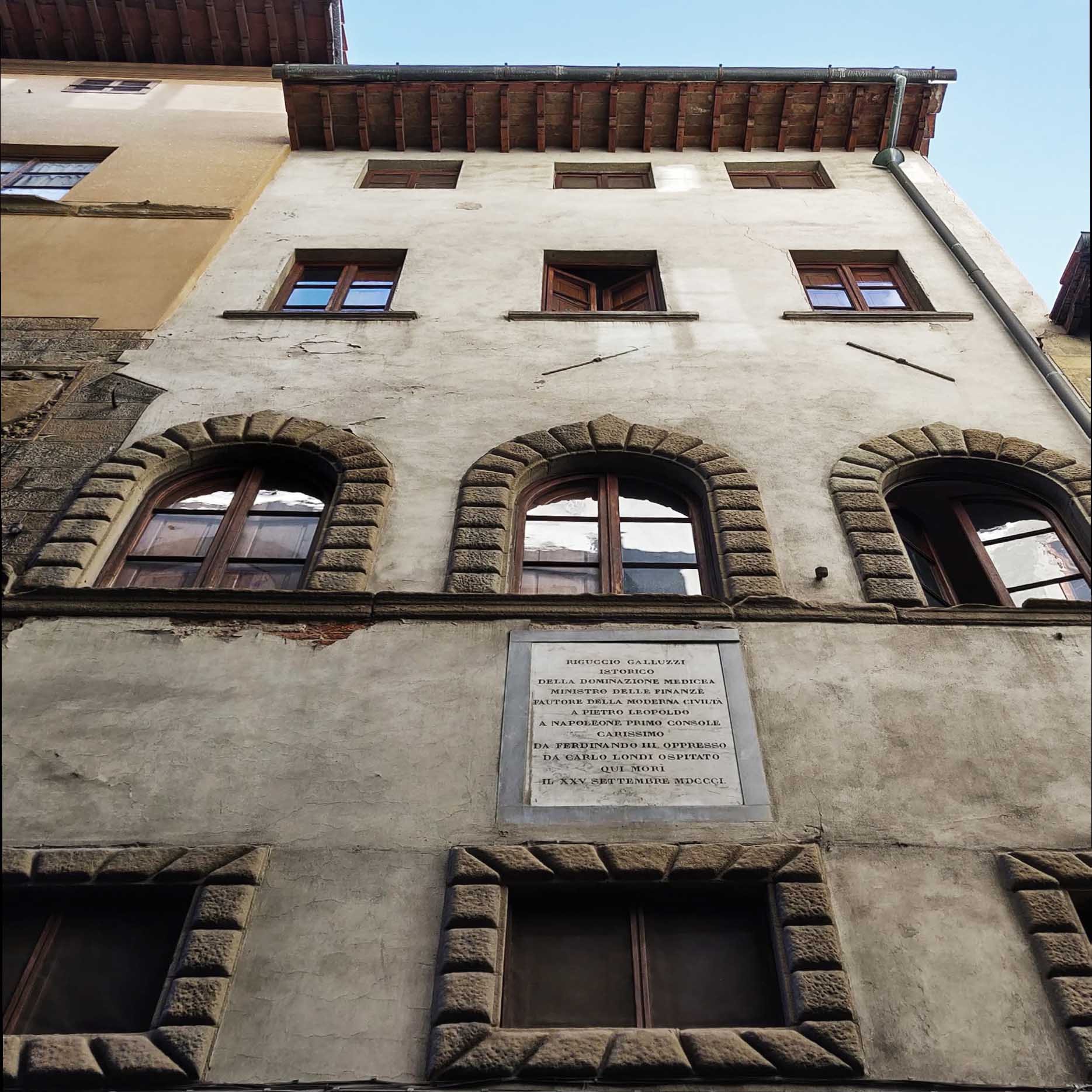 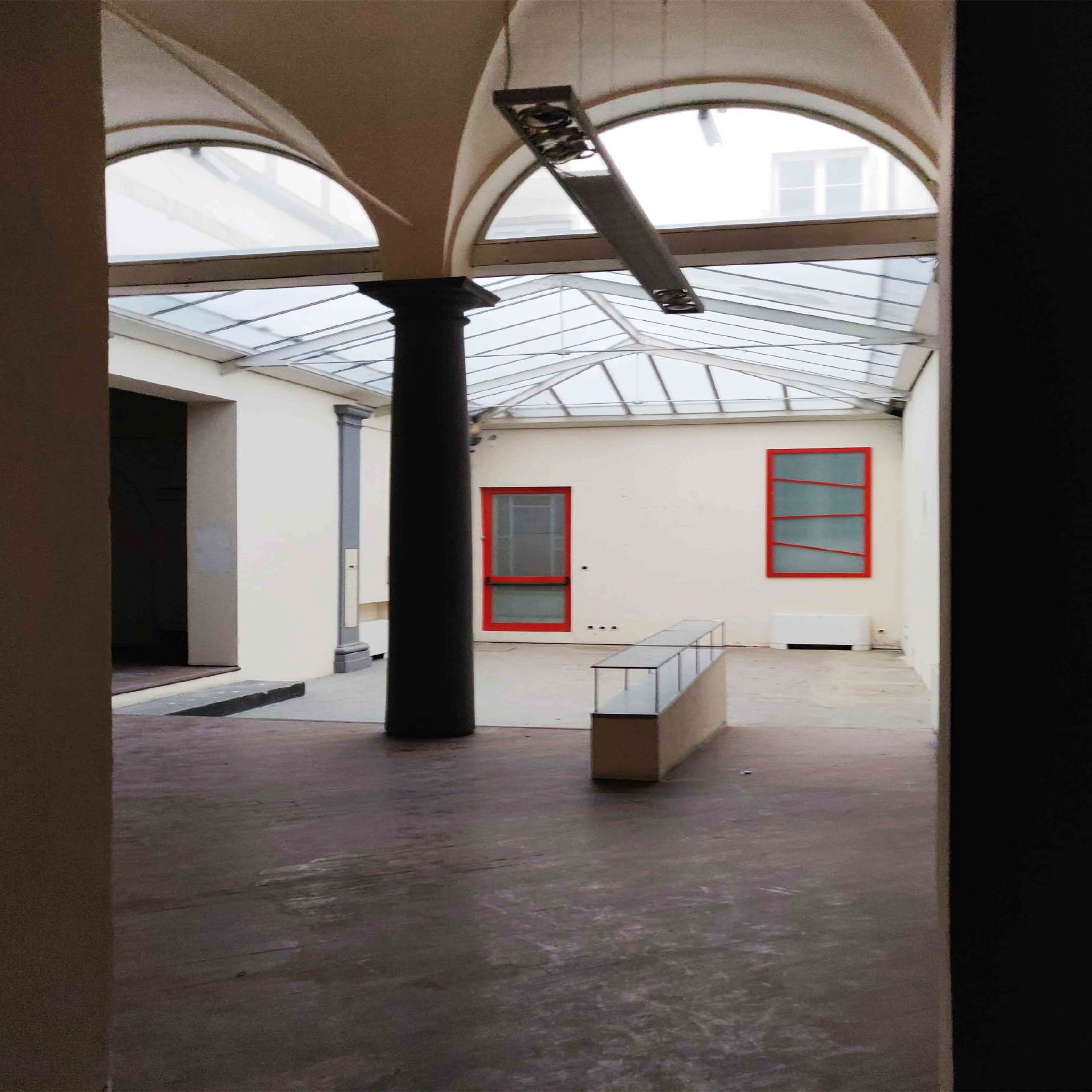 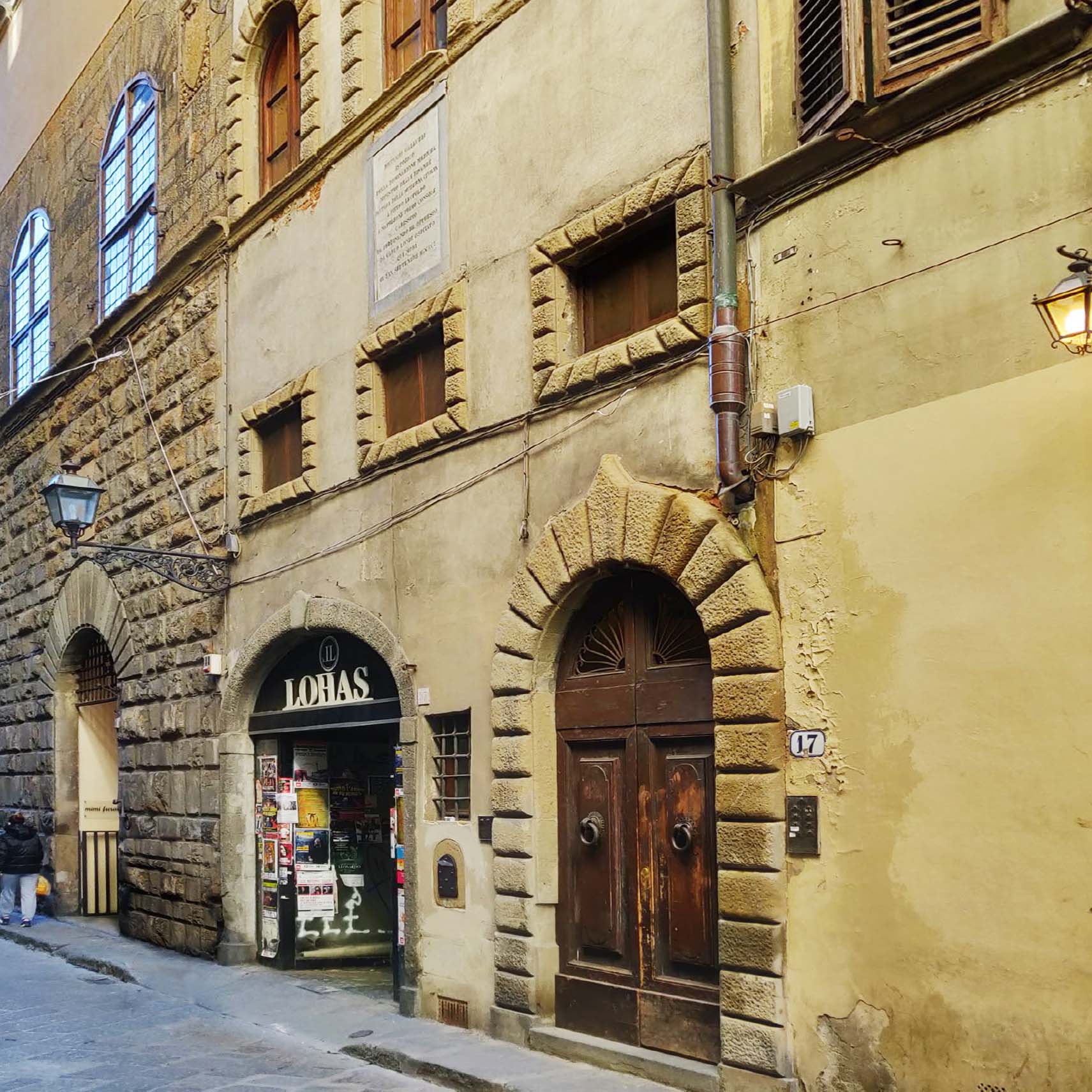 The house, in a sixteenth-century style, was the abode of several prestigious Florentines (members of the Florentine community) and their families. On the facade we can find an epitaph in remembrance of Riguccio Galluzzi who lived here at the end of the eighteenth century. Galluzzi, cultured and celebrated man, was appointed from the grand duke Pietro Leopoldo to write the first history of grand duchy under the government of the Medici’s House.

The Facade suggests in small scale the typical elements of the mannerist style, but its inner origins are well older: that can be witnessed by the locations, now designated as shops on the left side of the main door, uncommonly deeply developed and originally born as middle age mercantile “court house”.

It’s relevant to point out that these spaces were bought from the notorious entrepreneur Girolamo Pagliano that in 1905 linked them with its own palace in 34r Pandolfini street, in order to make room for the “mill” where it was produced the renowned medicinal syrup that brought an enormous economic fortune to our country; the broad skylight that covers the late fifteenth-century courtyard dates back to this period. The various settings of Borgo degli Albizi were renovated in 1994 and 1995.

The building is subjected to architectural restrictions since 1963. As today the two buildings are cadastraly independents but linked internally.